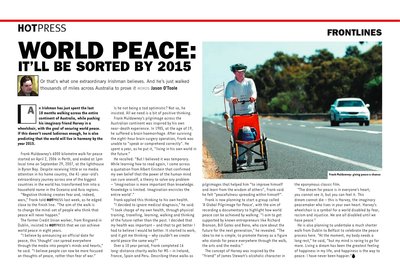 Or that's what one extraordinary Irishman believes. And he's walking thousands of miles across Australia to prove it. Words Jason O'Toole

An Irishman has just sent the last 18 months walking across the entire continent of Australia, while pushing his imaginary friend Harvey in a wheelchair, with the goal of securing world peace. If this doesn't sound ludicrous enough, he is also predicting that the world will live in harmany by the year 2015. 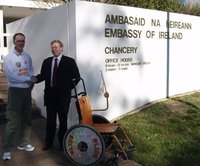 Making friends, The Irish Ambassador in Canberra, and with the Ulysses Bikers on the road in NSW.

Frank Muldowney's 6000 kilometre walk for peace started on April 2nd, 2006 in Perth and ended at 1pm local time on September 29th, 2007, at the lighthouse in Byron Bay. Despite receiving little or no media attention in his home country, the 41-year-old's extraordinary journey across one of the biggest countries in the world has transformed him into a household name in the Oceania and Asia regions.

"Negative thinking creates fear and, indeed, wars," Frank told HOTPRESS last week, as he edged close to the finishing line. "The aim of the walk is to change the mind-set of people who think that peace will never happen." The former Credit Union worker, from East Wall in Dublin, insisted to HOTPRESS that we can achieve world peace in 8 years.

"I believe by announcing an official date for peace, this 'thought' can spread everywhere through the media into people's minds and hearts," he said. "I believe people can now be more focused on thoughts of peace, rather than fear and war."
Is he not being a tad optomistic? Not so, he insisted. All we need is a bit of positive thinking.

Frank Muldowney's pilgrimage across the Australian continent was inspired by his own near-death experience. In 1985, at the age on 19, he suffered a brain haemorrhage. After surviving the 8 hour brain surgery operation, Frank was unable to "speak or comprehend correctly". He spent a year as he put it, "living in his own world in the future". 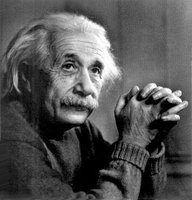 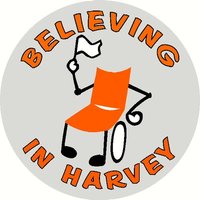 He recalled: "But I believed it was temporary. While learning how to read again, I came across a quotation from Albert Einstein that confirmed my own belief that the power of the human mind can cure oneself, a theory to solve any problem - 'Imagination is more important than knowledge. Knowledge is limited. Imagination encircles the entire world'."

Frank applied this thinking to his own health. "I decided to ignore medical diagnosis," he said. "I took charge of my own health, through physical training, travelling, learning, walking and thinking of the future rather than the past. I decided my health was important - and that to get better I had to believe I would be better. It started to work, and it got me thinking - why couldn't we create world peace the same way?" 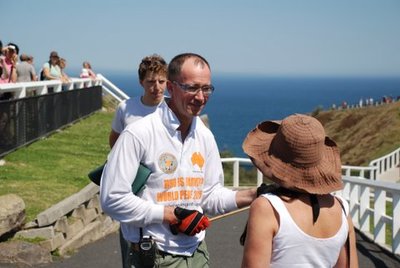 Frank with the Mayor of Byron Bay Jan Barham, at the finish.

Over a 10 year period, Frank completed 16 long-distance charity walks for MS - in Ireland, France, Spain and Peru. Describing these walks as pilgrimages that helped him "to improve himself and learn from the wisdom of others", Frank said he felt "peacefulness spreading within himself".

Frank is now planning to start a group called 'A Global Pilgrimage for Peace', with the aim of recording a documentary to highlight how world peace can be achieved by walking. "I aim to get supported by known entrepreneurs like Richard Branson, Bill Gates and Bono, who care about the future for the next generations," he revealed. "The idea to me is simple, to promote Harvey as a figure who stand for peace everywhere through the walk, the arts and the media."

The concept of Harvey was inspired by the "friend" of James Stewart's alcoholic character in the eponymous classic film.

"The dream for peace is in everyone's heart; you cannot see it, but you can feel it. This dream cannot die - this is Harvey, the imaginary peacemaker who lives in your own heart. Harvey's wheelchair is a symbol for a world disabled by fear rascism and injustice. We are all disabled until we have peace." 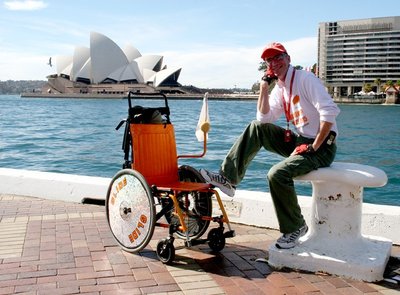 He is also planning to undertake a much shorter walk from Dublin to Belfast to celebrate the peace process here. "At the moment, my body needs a long rest," he said, "but my mind is raring to go for more. Living a dream has been the greastest feeling of happiness in my life, and happiness is the way to peace. I have never been happier."

Article by Jason O'Toole of HOTPRESS

What a beautiful journey 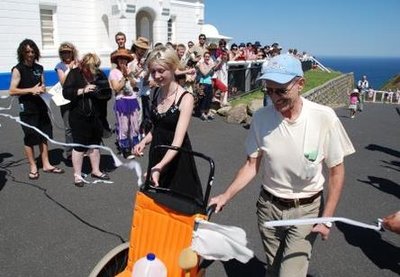 Harvey, with the help of many friends, has been pushed for 6,000km across Australia, keeping peoples imaginations active and alive, with the dream for peace being discussed by more people than before.

Harvey was finally pushed over the line by Indigo and Paul, and I myself thought it was a perfect way to conclude this chapter of Harvey's journey. I remember on the 2nd day of this journey, where Nick joined and walked with me for several days after, who gave me wisdom, courage and direction. He then let me free to follow my own path and Nick continued his own dream in his own life. The list of those who walked and pushed Harvey over a year later is long. That is what the walk was truly about, sharing peoples hopes, dreams and experiences and then following your own direction. 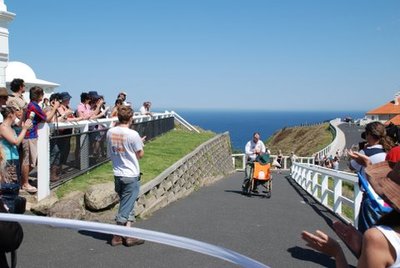 Nathan calling me in!

I believe this walk was more than just successful. I learned a great deal about other people, those who have different opinions than my own, those who don't believe we will ever have peace. I felt as a student, to listen more and understand the reason of having negative thoughts of the future, but one by one, I was getting stronger in my own beliefs. I became happier in myself, and yet seeing those who do not see a peaceful world, are unhappy. So to me, the attitude is crucial, if you live negatively, you will have a unhappy life, so even if my philosophy of believing in peace is wrong, I will have a happier life anyway. I would rather be in the wrong and live peacefully, believing in global peace some day, than be in the right and unhappy. Even though I did not change some peoples views, we still became friends, by respecting our own opinions and thus, peace was achieved. It is self healing to feel peace in your heart when you make peace with someone who come from the other side of the road of opinion. 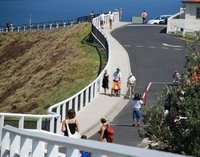 The Mayor Jan Barham welcomes me to Byron Bay - The last few metres walking with 2 inspirational people and thousands of peoples dreams for peace carried in Harvey.

For now, I am resting in Adelaide with Jacky. I have been distant to take myself away from the non stop thinking of planning this walk, which has been taxing for 18 months. I have many decisions to make ahead, but for now, its time to rest my body and mind, and rest Harvey's wheels, until the next chapter. 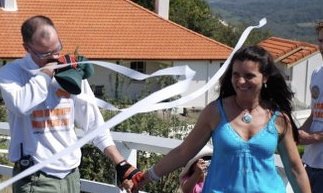 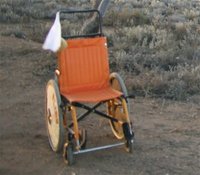 I wish to thank all of those who were involved with this journey. I am fully aware of the number of people who made such a major impact on this project and myself. It is an impressive list of peoples names.

I finish this blog with a quote from Andie of Violet Town, who summed up this journey aptly when we were talking. When I pushed Harvey the very first time in 1993, I never knew this empty wheelchair will eventually be filled of peoples dreams and desires for peace. That is who Harvey us, and I hope he becomes bigger, day by day, step by step.

"The day you left, walking away pushing Harvey, I felt a part of my heart went with you in that wheelchair" Andie Walton