This is a private message of where 'Believing in Harvey' came from, and who let it free. 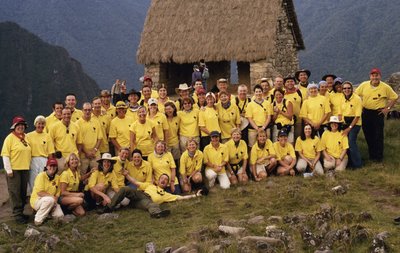 Lorna 2nd from the right, organised the walk in Peru 2004.

In 1988 I was desperate to make a difference by walking across Ireland, just 3 years after my illness. No one would take a risk on me, as I have never walked anywhere and my health was in doubt. It never was really looked at seriously.

Six months later a neighbour told my mother, of the Irish Multiple Sclerosis Society walking event. A walk raising funds for MS, by 40 people who would walk about 300km from Nantes to Paris. Lorna Mitchell was the organiser, and as my speech was a problem in expressing myself, my mother made an appointment to see if the organiser would allow me to go. 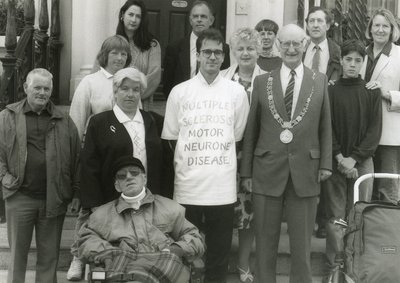 Lorna on the right giving me support of my own walk in 1993.

That day changed my life, as Lorna never seemed to doubt me, and I was allowed to go with an group of inspirational people to make a small difference for those who suffers from MS.

On that journey I met Jim Blewitt (RIP) who became my best friend, and dozens of new friends who re-educated me, and my own dream was born. I completed 13 international walks with this group and from these walks I knew the potential of creating a Global Pilgrimage for Peace.

From 1989 to today, Lorna Mitchell organised walks for MS in Europe, Africa, Asia, America North & South and because of it, new centres for MS sufferers have being built. She has not only helped the lives of those who suffers from MS, but she has created friendships between hundreds of people, creating a wave of optimism and possibilities. She took on the responsibilities of hundreds of people for near 2 decades on over 25 international walks across the world, and took a back seat on every journey. 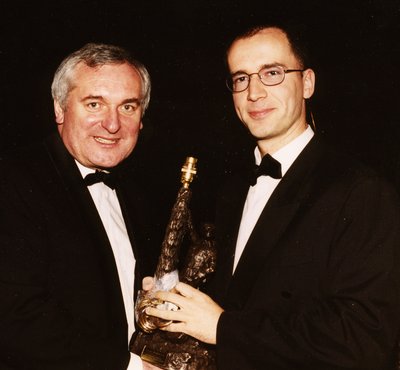 The MS walkers were awarded by the Taoiseach Bertie Aherne in 1997.

For myself, she opened a door for me, to express my own visions of peace, and 'Believing in Harvey' was born. I can only imagine the number or people whose lives were changed for the better, because or Lorna's determination and vision.

Lorna you may never know how many people you have touched, and this ripple effect will continue.

Namaste Lorna, have a wonderful retirement.

Posted by fmuldowney 22:48 Archived in Ireland